Lessons from the Mouse Man 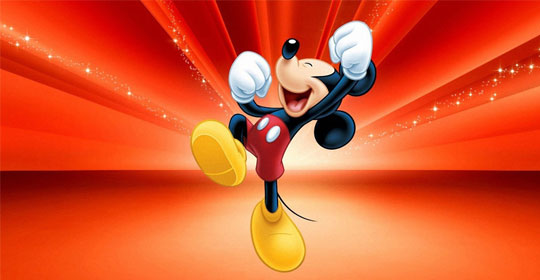 Once upon a time, there lived a man named Walt Disney. Walt had a friend named Ubbe, and the two of them drew cartoons for a living.

Walt and Ubbe created a character called Oswald the Lucky Rabbit, but they lost the rights to this character to Universal Pictures.

Talk about a tough break…

The partners created the character of Mickey Mouse in the wake of their disappointment, almost as an afterthought. That afterthought grew to become the largest media conglomerate in the entire world.

The Walt Disney Company is a diversified American multinational media corporation. With an annual revenue of about $45 Billion, Walt Disney owns one of the largest and best known studios in Hollywood.
Judging from those numbers it’s hard to believe that the Walt Disney Company actually went bankrupt at some point but they did. Like many successful companies, their journey to success had its challenges. But how did they go from crushing disappointment and bankruptcy to unprecedented success? Here are a few lessons budding entrepreneurs can learn from them:

1. No matter how small your ideas are, they have great potential. Mickey Mouse was created after their first great idea was taken from them. And even though Mickey was created in 1928, it did not bring much dividend to the company until the 1930’s Often times it is the little things and afterthoughts that become our source of great wealth. Persevere! Even if they do not yield results now, you never know what they may yield in the future.

2. Learn from your mistakes. As soon as the partners created the character of Mickey Mouse, they copyrighted it to avoid losing it like they did with Oswald. On the journey to making wealth, it is important to see mistakes as stepping stones rather than obstacles. Learn from them and use the lessons to make better decisions in the future.

3. Give back. When the Walt Disney Company became a huge success, Walt established the California Institute of Art, a college-level professional school of creative and performing arts, to help provide a place to develop talent for the future. Giving back is a great way to show appreciation, and it creates opportunities for more people to succeed.

4. Create lasting successorship. Walt Disney died in 1966, just before he was able to complete construction on the first Disney World resort center and amusement park. However, he imparted his vision into his workers before his death, ensuring that his dreams did not die with him. To create Timeless wealth, you must ensure your business doesn’t die with you.

No one becomes great simply by talking about the great ideas they have. Walt Disney may have lived in a world of imagination but he made sure they became a reality. Turn your great ideas to reality: quit talking and start working!